What is the Energy Price Cap?

What is the Energy Price Cap? by Joey Stiehl

The energy price cap is raising. It’s important that we all understand the reasons why, what this means for us, and what we can do to ensure we reduce our energy use and save money.

What Is The ENERGY Price Cap?

The energy price cap is the amount set by Ofgem (the energy regulator for Great Britain) to limit how much a consumer can be charged per unit of gas and electricity. Your energy bill can be calculated from these units (measured in kWh). One of the benefits of the energy cap is how it limits overcharging due to energy suppliers being unable to increase their prices over a certain limit. This limit protects those in lower-income households so that energy cannot become unaffordable. However, energy supply shortages, the current political climate, and inflation have caused a drastic spike in prices. Therefore, the price cap needs to be raised to reflect those changes. Due to the excessive rate of this rise, the price cap has increased to a current amount that, to many people, is viewed as concerning.

Who will it affect?

The energy price cap mainly applies to standard variable tariffs (SVT). These are usually the most expensive tariffs provided by a supplier. Those affected will be people on default tariffs who have yet to switch to a fixed-rate deal, or if their fixed-rate deal has come to an end, alongside those that stick by their new supplier after their previous one went bankrupt (as many have done within the last year).

How Much Is The Price Cap Rising By?

On April 1st, the energy price cap will be increased for over 20 million households. The last time the price cap was raised was in August 2021, meaning it no longer represents the increase in energy prices due to fuel shortages and the current political climate. As a result of this, Ofgem has increased the price cap by 54% – raising it to £1,971 per year on average. Those that use prepayment meters will see a £708 rise from £1,309 to £2,017 per year on average. However, this is the generalised price based on the average household. Those that use more electricity and gas will be charged a higher price.

When Will The Price Cap Change?

The price cap changes twice each year – with the first amount being announced in February and the second in August. This year these will take effect on April 1st and October 1st. The price cap was first implemented for SVT in 2019, alongside a pre-existing cap for re-payment meters.  Although, due to the ever-changing rates of gas prices, Ofgem does have the ability to alter the price cap more frequently than every six months under extreme circumstances.

Is The Government Doing Anything To Help?

The government has announced their own relief measures to aid with the financial pressures caused by the new price cap. One such measure includes raising the Warm Homes Discount from £140 to £150 alongside measures to widen the criteria to include more households. One of the other measures includes a £200 energy rebate which will be paid back over a period of five years.

The energy price cap changing is a normal part of the year. However, it’s by far the steepest increase since its introduction in 2019, and with a suspected increase again in September 2022, many will be left in need of help. Therefore, it is important that we have the knowledge to cut our energy usage, which can help us save money and the planet.

How can PECT help me?

PECT may be able to support you during the current energy crisis with our energy advice services. To find out more, refer yourself or someone else, head to www.pect.org.uk/projects/warmhomes. 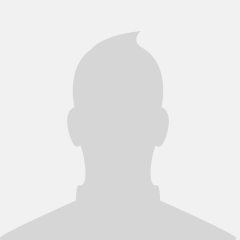 Want to receive updates on news and events via email?

We'll send you information about our latest news, events and initiatives, and won't share your details with anyone else